Chazz! is a worldmusic booking agency from the early days. Initiator Wim Westerveld started to book concerts in The Netherlands and Belgium in 1988. The unrivalled Thione Seck from Senegal did the first ‘Chazz!-tour’ in July 1988. Hundreds of bookings followed in The Netherlands, Belgium and Luxemburg: Ivo Papasov, Remmy Ongala, Ray Anderson, Bhundu Boys, Thomas Mapfumo, Baaba Maal and many more. From the year 1992 until around 2000 Chazz! has booked and organised tours all over Europe with amongst others Oumou Sangare, Busi Mhlongo, Aster Aweke, Ivo Papasov, Klezmatics, ¡Cubanismo! and Francisco Ulloa.
From 2000 onward Chazz! has gone back to basics and became a Benelux agency again. Have a look at the current roster! 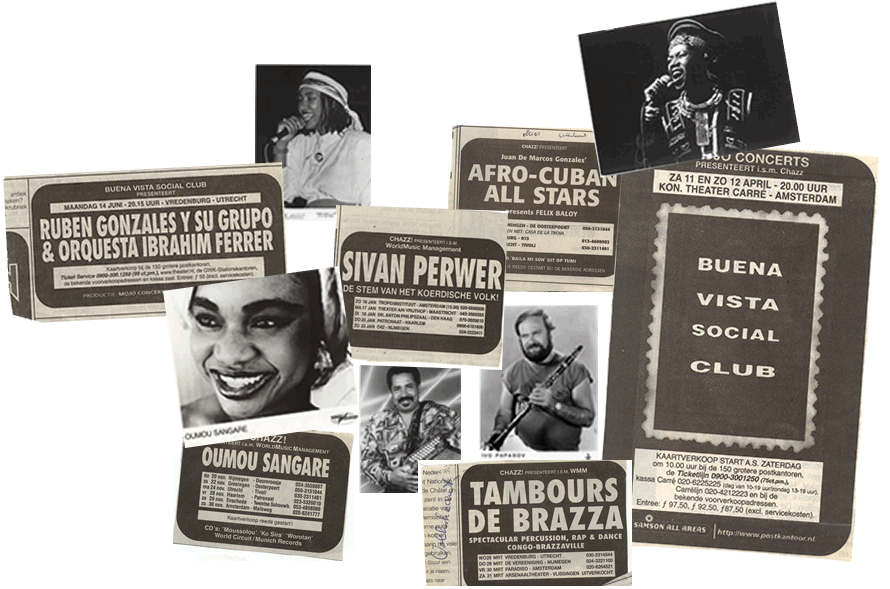